Dr Steve Carter is an orthopaedic hand surgeon with 20 years' experience in the surgical treatment of hand conditions. He obtained his MBChB in 1990 and FCS (SA) Orthopaedic Fellowship in 1999. He is also a Gold Medal Fellowship Candidate (Top Orthopaedic Candidate in South Africa).

Beyond his attendance at The Cape Hand Clinic, Dr Carter is a senior lecturer in the Department of Orthopaedic Surgery at the University of Cape Town where he is involved in postgraduate teaching at Red Cross Children's Hospital.

Dr Carter is also affiliated with the Sport Science Institute, performing day case surgery at the Life Sports Science Orthopaedic Surgical Day Hospital and is a lecturer of their master's students. 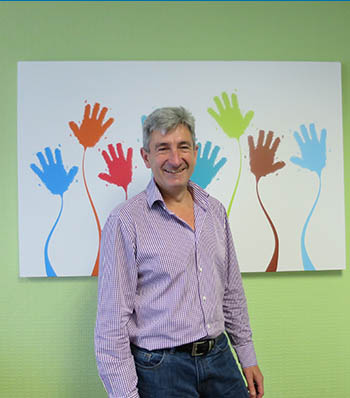 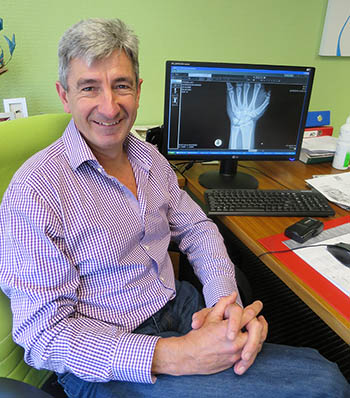 My interest in wrist Arthroscopy hand led me to offering a full arthroscopic and endoscopic service:

To date, I have performed more than 600 Endoscopic Carpal Tunnel Releases.

The unit sees approximately 700 patients a year and does 100 major congenital cases and 200 minor cases a year.

Under the auspices of the Congenital Hand Unit, I have created the Post Burnt Hand Reconstruction Unit. Working in conjunction with the occupational therapy dept, we see, treat and operate on approximately 50 patients a year.

With advancement in Micro surgical techniques and clinical demand, we now offer in conjunction with 2 plastic surgeons and myself the ability to do free toe to hand/thumb transfers. Started in 2018. We do approximately 1 case every 6 months.

This is an international group of the world's leading Congenital Hand Surgeons. Membership is by invitation only. I was acknowledged as the leading expert in South Africa and was invited as a member in September 2019. I am the only member from South Africa and the only representative from Africa.

Development of a new technique in conjunctions with Dr N. Kairinos of resurfacing the webspace in congenital syndactyly. The use of double transposition flaps "Marilyn Monroe" flaps to resurface the webspace in syndactyly release - Presented at SASSH Conference 2010.

Instituted the use in 2014 of Ligaclip application for the removal of duplicated digits as an outpatient procedure at Red Cross Hospital. Analysis of the first 960 digits removed, indicating a cost-saving of greater than R1 million rand. To date, more than 3 000 accessory digits removed using this technique.

July 2019 IFFSH (International Federation of Societies for Surgery of the Hand), Berlin Germany